We spent last week with a new twist on an old favorite.   We read Jan Brett’s Three Snow Bears and coupled it with some regular old Three Bears activities. 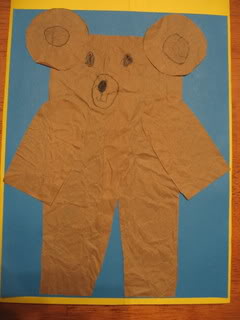 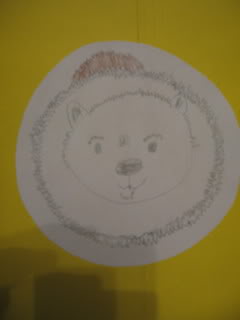 Back Cover (Elijah drew this as he watched Jan Brett’s video!  I was so proud of him!)

This lapbook is two file folders glued side by side (or flap to flap!). 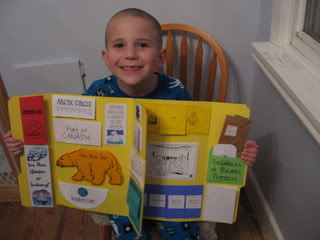 Here he is…proud as a peacock! 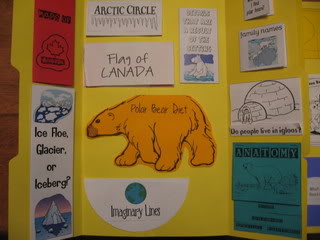 Inside of the first folder.  Here is a link to the free unit and lapbook for The Three Snow Bears. 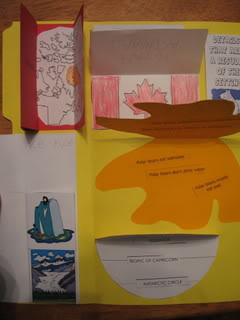 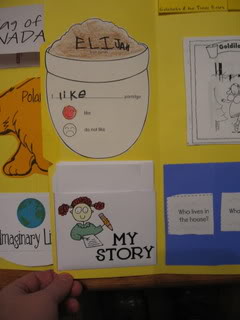 The left side of the second folder.  The pocket contains Elijah’s Three Bears story.  It’s about three pandas who live in China and eat rice with chopsticks.  The girl who breaks in to their house is Guo Shuang, and the story has a very happy ending. 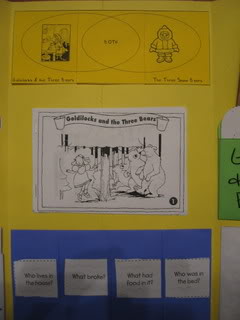 Middle section of second folder.
Venn Diagram comparing the two versions we read.
Goldilocks and the Three Bears mini book (from Evan Moor Book); Elijah read this story to me.
Peek-a-boo Book that Elijah was able to do all by himself! 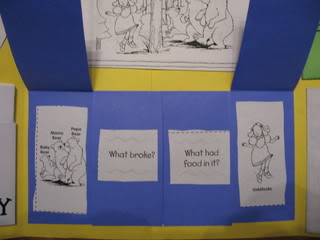 Close-up of the Peek-a-boo

Left side of the folder ~ 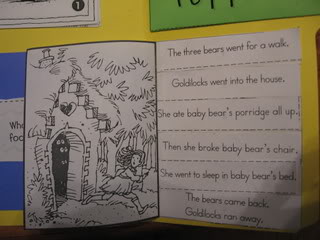 A sequencing activity (also from Evan Moor) that Elijah was able to complete on his own! 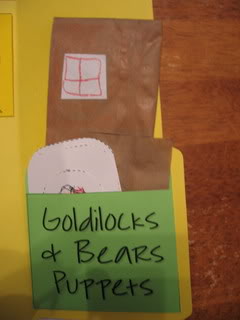 A pocket for puppet storage. 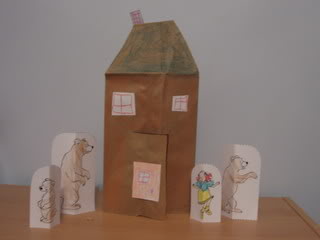 A picture of the house and puppets (yes, they all really fit in that pocket).  Aren’t they cute?  He did a great job on these and had fun acting out the story.   (This was also from the Evan Moor Book.)

We’ll be learning even MORE about bears this week with a unit study on  The Valentine Bears by Eve Bunting.